Promotion or demotion at Sky News? 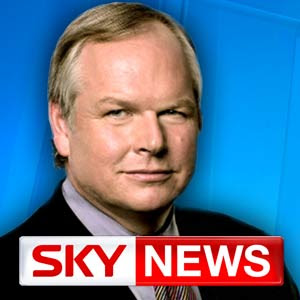 I've blogged previously about Adam Boulton's tendency to 'um', 'er', pause and otherwise hesitate far more than is to be expected from the Politics Editor of a major 24 hr news channel - not to mention other blogs elsewhere on the hazards faced by speakers who rely too much on teleprompters.

But Adam's problem seems to have been solved more or less completely in recent days - by the simple device of turning him into a news reader rather than an interviewee who answers questions put to him by one of the more regular news readers - who rarely serve as news reporters out in the field.

Whether being transformed from being a news reader rather than a news reporter/editor is a promotion or demotion for Mr Boulton I do not know.

Perhaps he or one of his colleagues at Sky News knows the answer and will let us know in due course whether it's a temporary measure or it's been done to prevent viewers from having to suffer from listening to the continuous 'umming' and 'erring' of the political editor.
at October 17, 2014